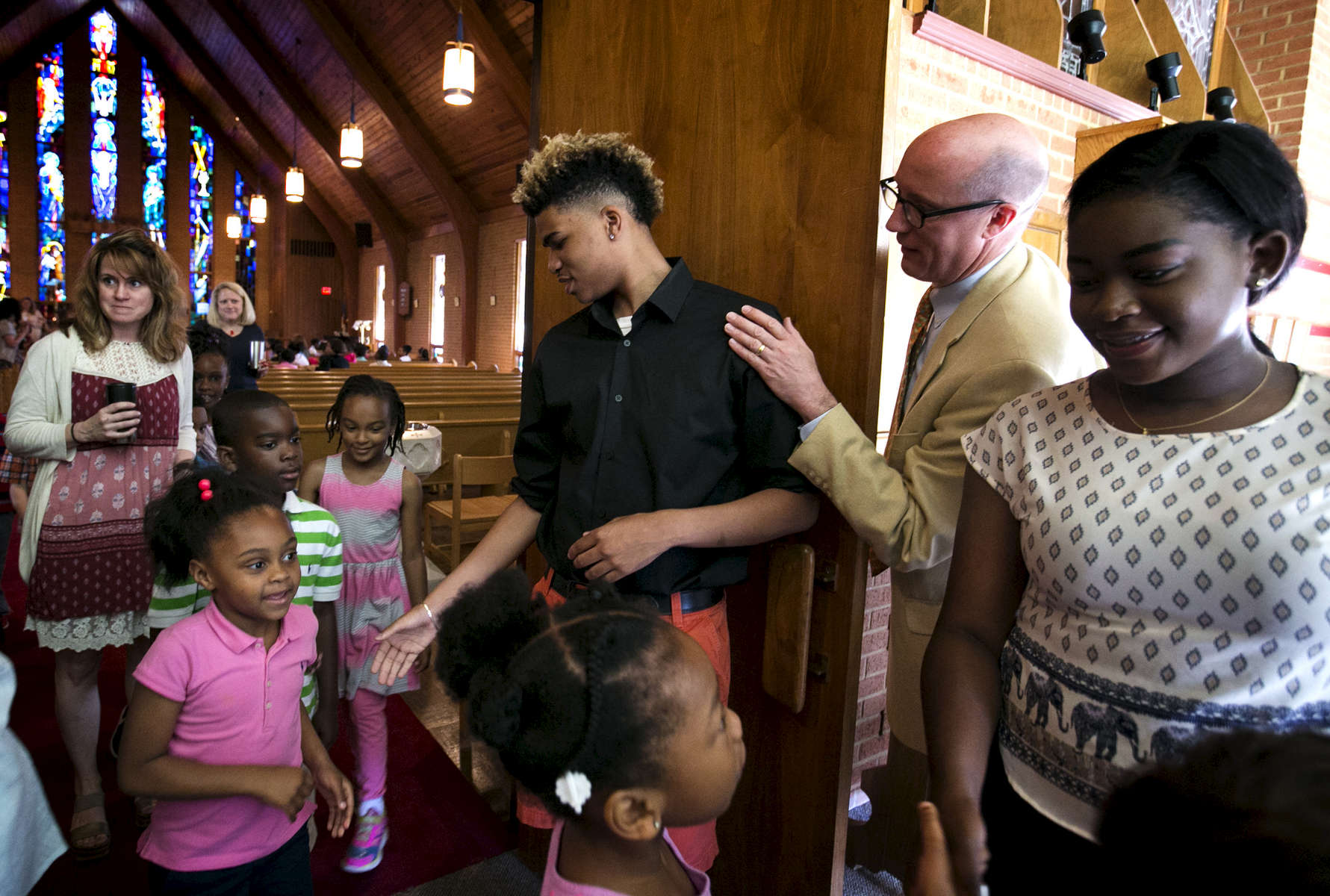 May 23, 2016 - St. George's head of school J. Ross Peters taps Zearius Jenkins on the shoulder as Jenkins and Erica Stevenson shake hands with young students following a chapel service at the Memphis campus the day after graduation. "The real work is beginning." Peters said. "This is the moment when we grow in our full selves. This is the model coming to its first fruition." Jenkins, Stevenson and a handful of others were among the first students to ever walk the halls at the Memphis campus and are members of the first graduating class under the three-campus model the school began more than a decade ago. (Mike Brown/The Commercial Appeal)