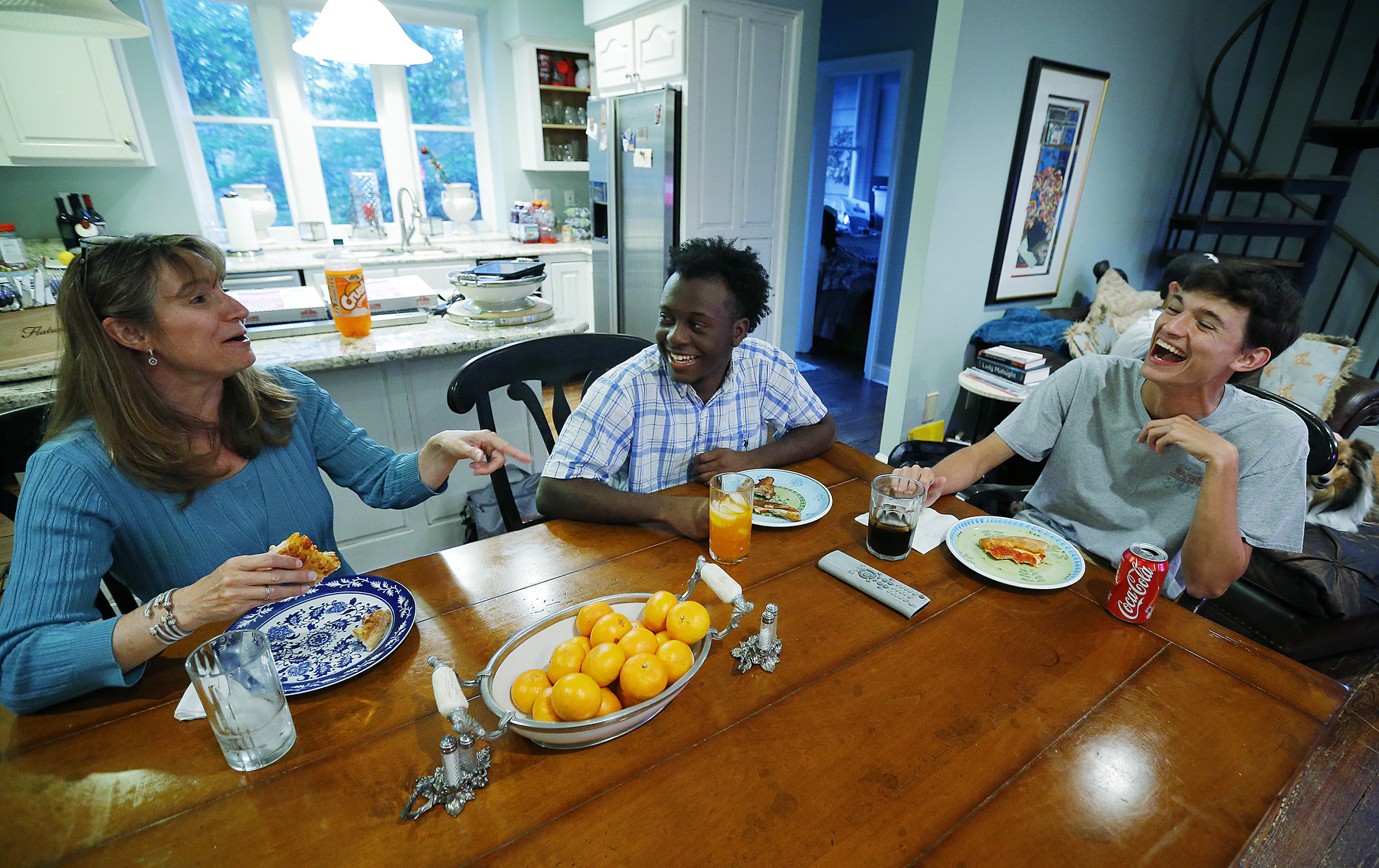 May 10, 2016 - Donovan Borum (center) shares a laugh at the dinner table with Ann and Carter Burgess. Donovan and Carter were paired together as cross-campus buddies in kindergarten in a program to begin establishing relationships between the primarily white Germantown campus and primarily African-American Memphis campus before the two campuses merged in Collierville for middle and high school. When Borum's family had to relocate to Savannah, Georgia, in October 2014 the Burgess family stepped in and housed him so he could finish his education at St. George's. "They treat me as if I am one of their own." he said. (Mike Brown/The Commercial Appeal)