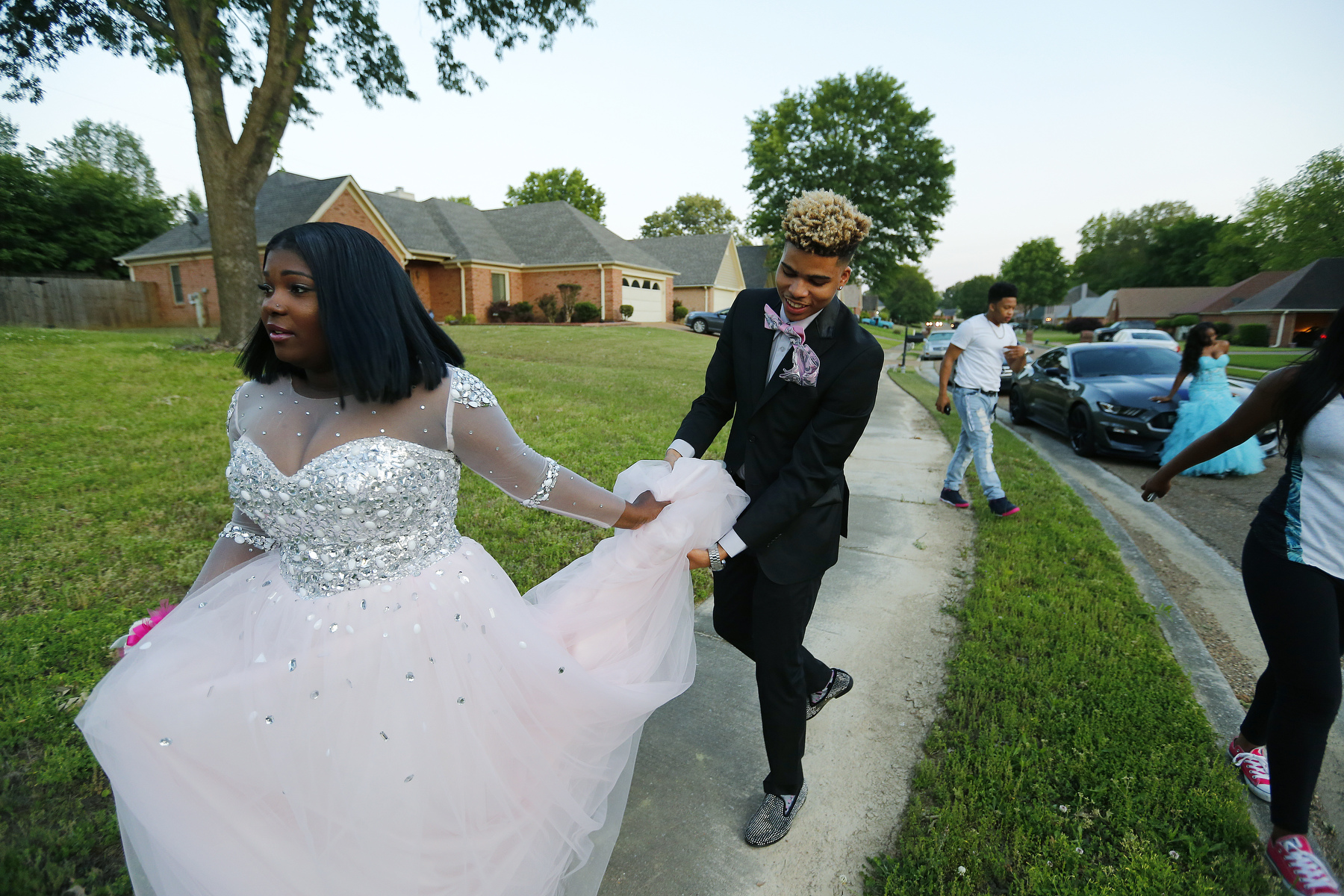 May 6, 2016 - Zearius Jenkins holds Alex Carlton's dress as he picks her up to take her to the Southwind High School prom. After years of going to school together the two became such good friends that they think of each other as siblings. Cartlon was among the original 16 students that crossed over from the St. George's Memphis campus to the Collierville campus but was forced to leave the school after her scholarship was not renewed following the eighth grade. "[St. George's graduates] have more opportunity." she said. "Southwind doesn't provide as great an opportunity for college. (Mike Brown/The Commercial Appeal)