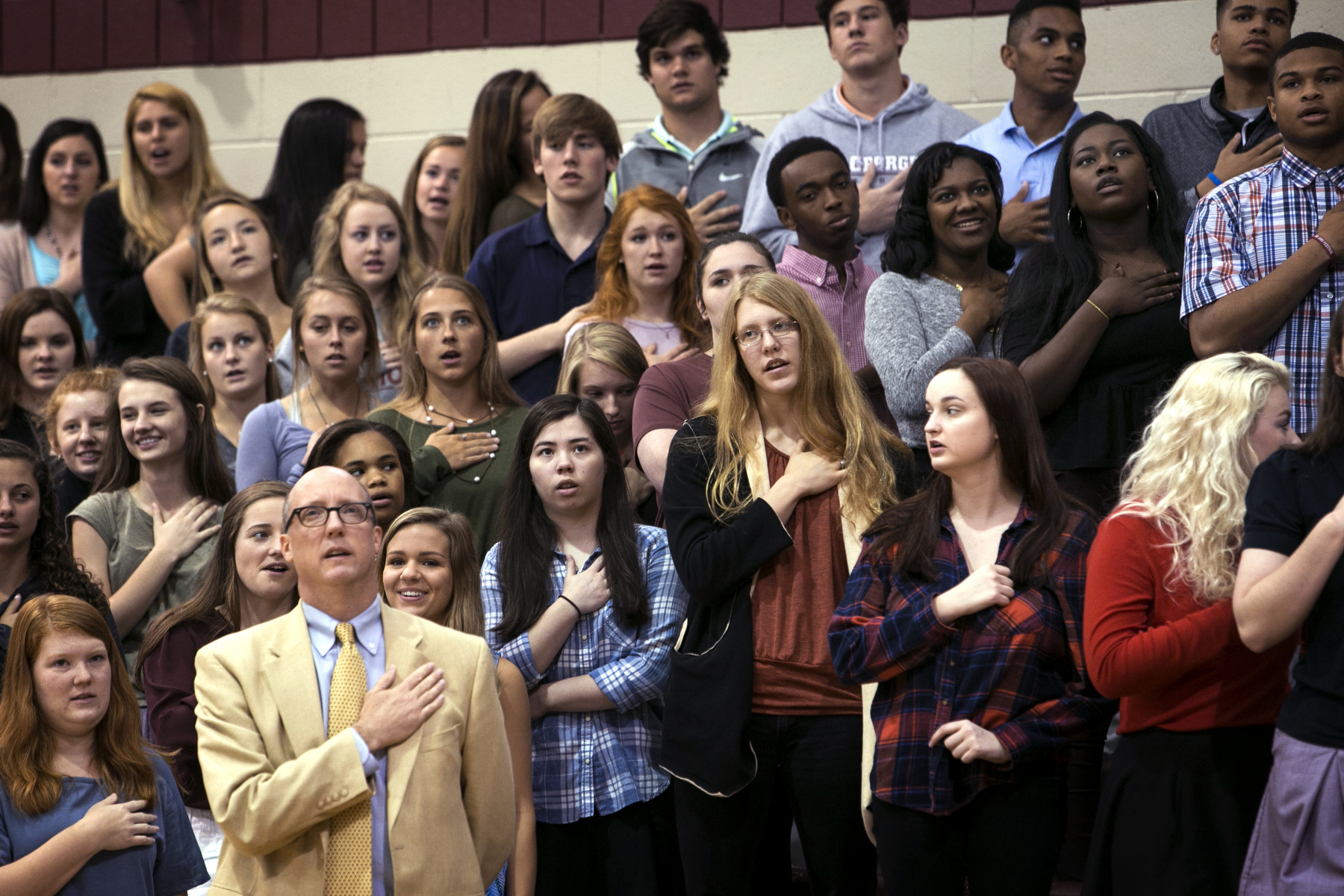 May 9, 2016 - St. George's students, along with head of school J. Ross Peters (bottom, left), say the Pledge of Allegiance before the start of an upper-school chapel service in the school's gym. Later during the service senior Will Courtney stepped to the microphone and took the students and administration to task for what he described as a "noble" experiment that was failing. With only five of the original 19 students who started the first class at the Memphis campus graduating many had been weeded out or left behind, and he noted the visible racial divides in school settings such as the lunchroom and chapel services. "We look for comfort in our groups. I think it's a mistake to place too much value on which groups sit together. People look for shared backgrounds, shared experiences." Peters later said. (Mike Brown/The Commercial Appeal)