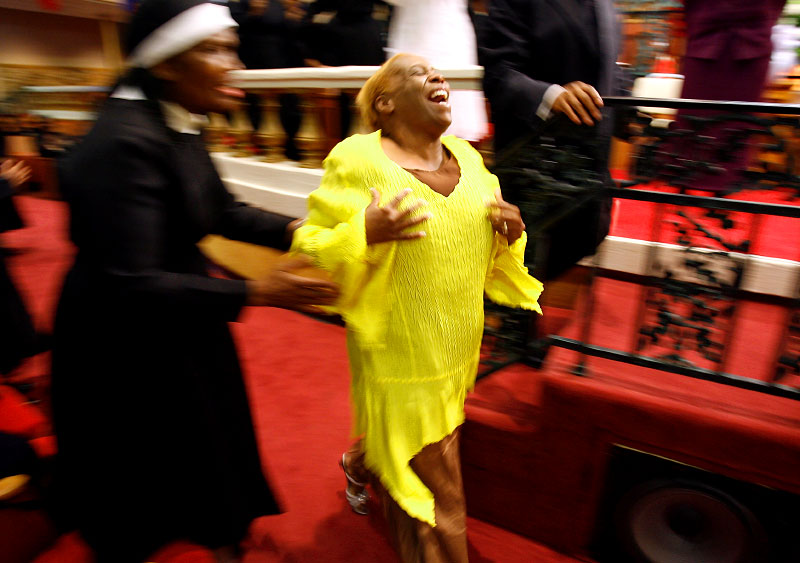 Vicki Williams, of Denver, CO, dances through the aisle in Mason Temple after testifying about receiving a helping hand to afford her pilgrimage to the 100th annual Holy Convocation. She also spoke about a phone call she received after her arrival in Memphis from her son, whom she never thought she would see again, saying he had been released from prison despite a life sentence. Many filling the historic church, named after COGIC founder Mason Temple, got on stage and testified of miracles in their lives since arriving in Memphis for the convocation.