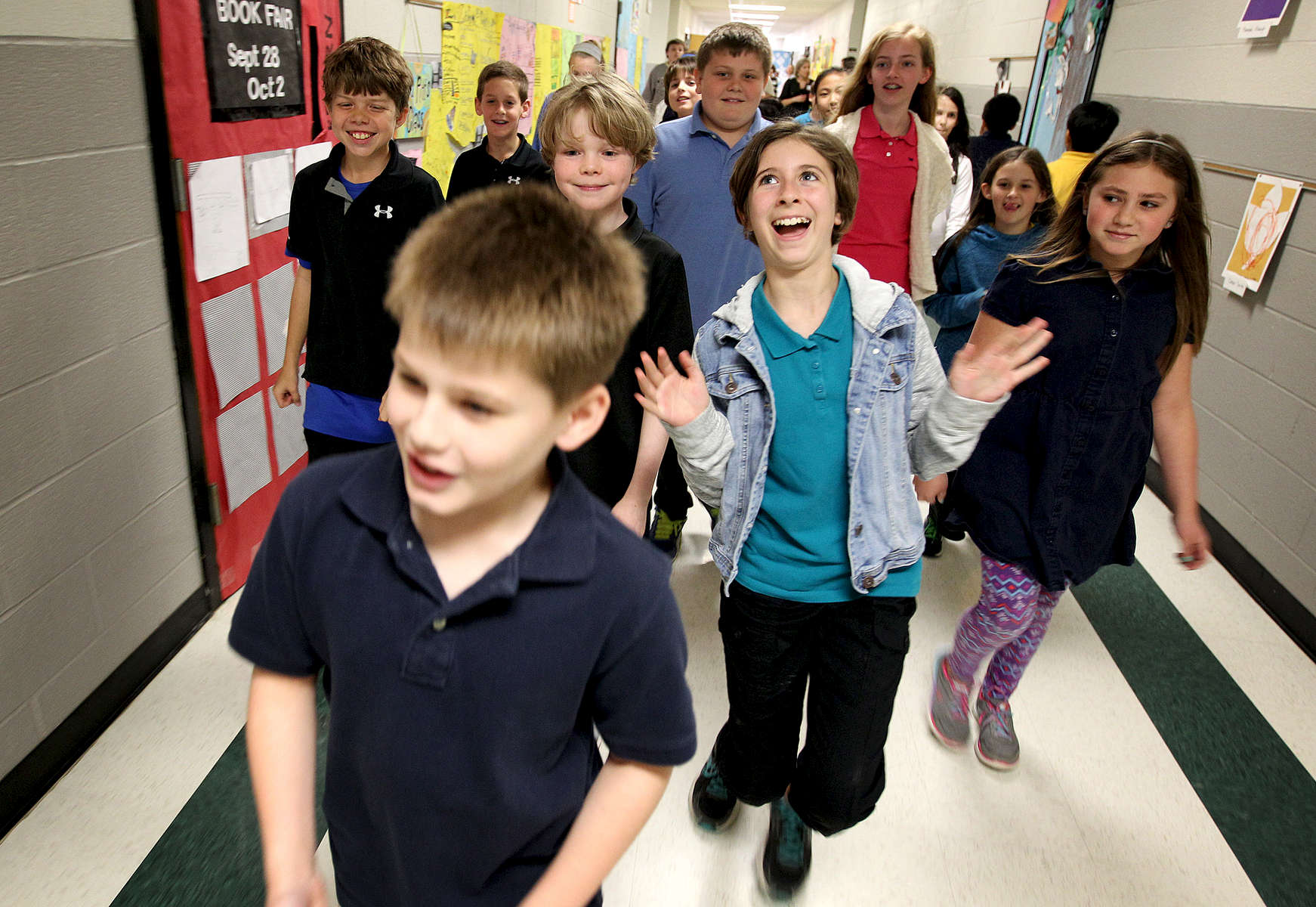 April 7, 2016 - Lori Pound, 11, reacts with joy as she and the rest of her fifth grade class at Farmington Elementary during a scavenger hunt through the halls during Autism Awareness Week at the school. Pound has been diagnosed with Asperger syndrome, an autism spectrum disorder. The school has an above average number of student with autism and held an awareness week not only to inform students about the disorder but also to honor the students who have it. (Mike Brown/The Commercial Appeal)