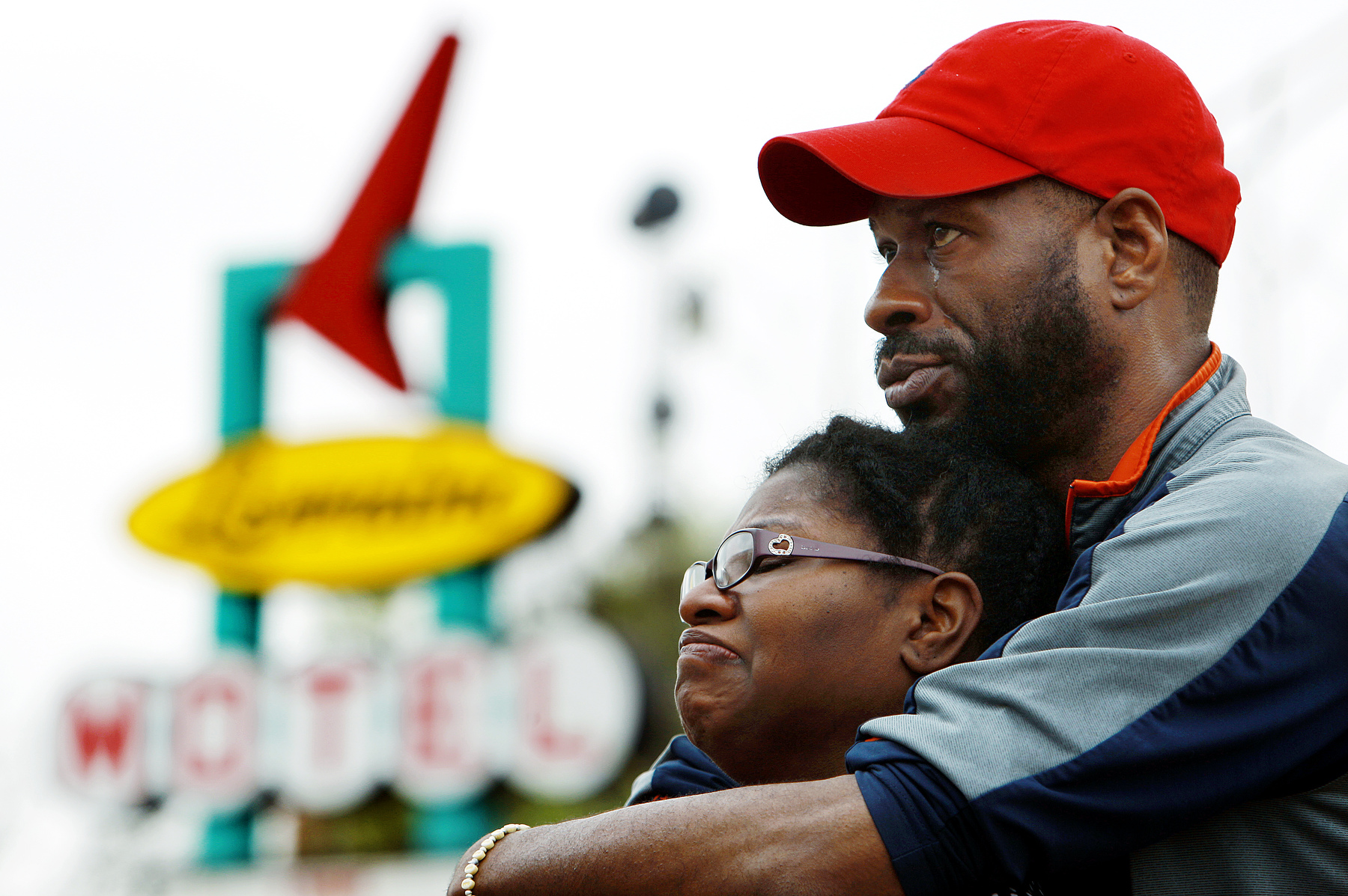 March 31, 2016 - Farice and Antandra Campbell, from Murphysboro, Ill. get emotional as they stand outside the National Civil Rights Museum and look up to the balcony where Martin Luther King Jr. was struck down by an assassin's bullet on April 4, 1968. On the 48th anniversary of his death this Monday the museum will hold a commemoration starting at 4:30 that will include remarks from Rev. Jesse Jackson and will conclude with a moment of silence at 6:01 when the gun shot rang out. (Mike Brown/The Commercial Appeal)