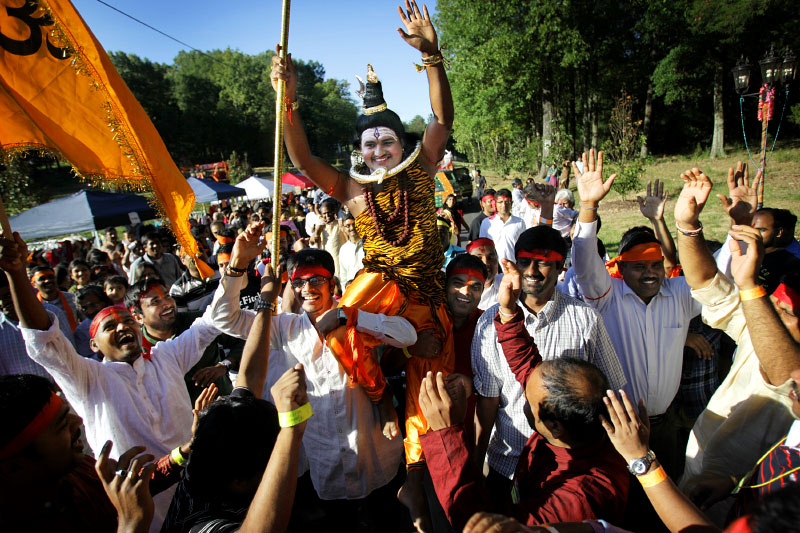 September 23, 2012 - Uma Maheswar Malireddy, dressed at Lord Shiva, is hoisted up on the shoulders of followers as they dance and chant during the Ganesh Festival of Greater Memphis at the Indian Cultural Center and Temple in Eads. The second annual event to honor the Hindu god Ganesha included a parade of floats, dancing, singing, food and performances. The event falls in the middle of Ganesh Chaturthi, a ten-day Hindu festival honoring the birthday of Lord Ganesha who is the deity of intellect and wisdom. (Mike Brown/The Commercial Appeal)